BioFilm Buster Pro is specifically formulated to rapidly break down the organic solid materials that comprise most irrigation line clogs – including biofilm-based clogs – and restore them to 100% functionality.

The idea for BioFilm Buster Pro initially came from an observation made several years ago by a grower who noticed when applying TerraBella through a drip system that in addition to TerraBella increasing his crop yield, it also helped clear some of his drip irrigation line clogs. Based on this observation, we set out to develop a product with a greatly enhanced ability to clear irrigation line clogs without TerraBella’s plant beneficial activities.

Because BioFilm Buster Pro is an offshoot of TerraBella – a plant-beneficial product – it has the additional advantage over chemical irrigation line treatments in that it can safely be used during the growing season.

To understand this, we first have to know what causes irrigation clogs. When water mixed with fertilizer and other additives runs through an irrigation line, this mixture carries small nutrient particles and microbes that settle when the system is turned off. The microbes then begin to attach to the irrigation line with the fertilizer nutrients acting as food to these microbes so they will begin to grow.

Every time the irrigation line is used, this process repeats itself, until eventually the microbes form a biofilm clog large enough to block the line or emitters. Biofilm clogs are partly comprised of slimy, sticky extracellular polymeric substances (EPS) made by the biofilm bacteria.

All of the compounds present in EPS – polysaccharides (carbohydrates), proteins, and DNA/RNA (nucleic acids)– are made up of macromolecules. Macromolecules are very large organic molecules that are created by the polymerization of smaller subunits.

“Organic” means the backbone of these macromolecules consists of a carbon-based chain, with hydrogen and oxygen also present (other elements can also be present, but C, H, and O must be present).

In order to break down the EPS and clear irrigation line clogs, the treatment must have the ability to rapidly break down these macromolecules.

To understand how BioFilm Buster is able to clear irrigation lines when the basis of our other products is to restore healthy microbial communities in the environment, one needs to think about how beneficial plant bacteria cycle nutrients from the soil to the plant roots.

Most healthy farm topsoil has a high organic (carbon-containing) content, as the organic component in soil is also rich in nutrients that plants need such as nitrogen, phosphorous, sulfur, and many others. In order to free up the nutrients present in soil, beneficial rhizosphere bacteria such as those found in TerraBella first need to release nutrients from this organic soil matter. This “digestion” process is similar to what would be required to break down the EPS component of biofilm clogs.

The formula and manufacturing process for BioFilm Buster is optimized for this soil digestion activity such that BioFilm Buster has the ability to rapidly remove irrigation line clogs, restoring irrigation systems to 100% capacity. 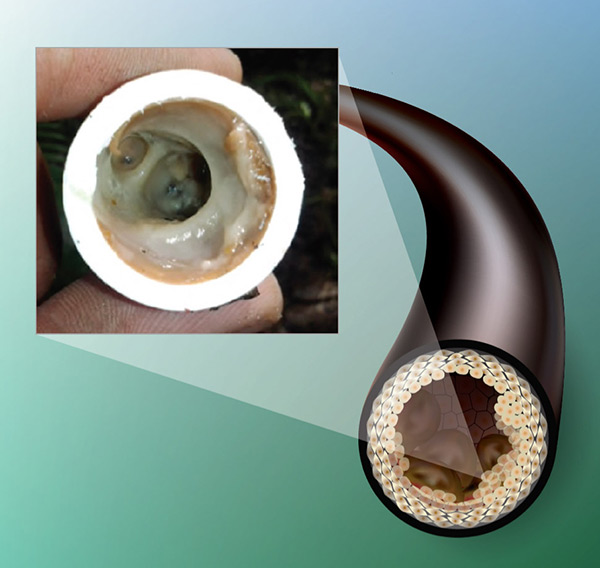 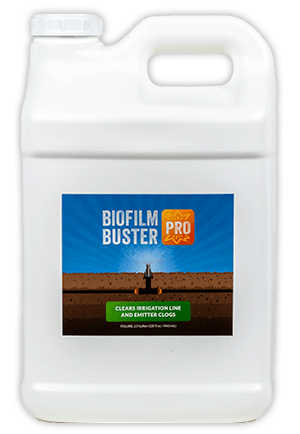